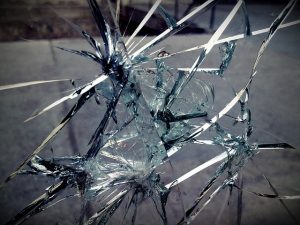 What Sometimes Happens When Reporting a Loss

Not all damage is discovered the moment it occurs. Sometimes the homeowner is away at the time of loss or the damage is hidden and takes time to be discovered. Other times, an insured may notice damage, but incorrectly believes it is not covered and decides not to immediately file a claim. No matter which of these scenarios occur, when there is an apparent delay in reporting the loss to the insurance company, the insurance company may deny the claim on the basis of the delay. If there is anything you learn from this blog post, remember this: when reporting a property loss in South Florida, just because a loss is reported late, that does not automatically mean the loss is not covered. There are other facts that determine whether a loss is covered or not, and the timing of the loss being reported is only a very small piece of the coverage analysis.

For example, let’s say an insured suffers covered roof damage one night, but doesn’t discover it until a routine roof inspection eight months later. The insured reports the loss to her or his insurance company, who says the loss may not be covered because it occurred eight months ago and the insured did not comply with the policy provision requiring prompt reporting of the damage. The insured, not knowing any better, accepts this response and the subsequent claim denial. This should not happen and won’t happen if the advice of an expert public adjuster, such as Florida’s Best Public Adjusters, is obtained.

What Florida’s Best Public Adjusters Can Do

Florida’s Best Public Adjusters can get insureds the insurance payout they deserve, even if there is a delay in reporting the property loss. We have succeeded in recovered insurance proceeds for a covered loss even in situations as much as three years from the date of loss. Just because a loss is reported late, that doesn’t mean it can be denied. If you think you might have an otherwise covered loss that occurred well after the actual date of loss, don’t automatically assume it’s not covered and please contact Florida’s Best Public Adjusters who can review your claim.

Categories: Homeowners Insurance, Insurance, Public AdjusterBy March 3, 2015
Share this article
Share with FacebookShare with TwitterShare with PinterestShare with LinkedInShare with Google+Share with WhatsApp