Sinkholes: More Common Than You Think

Like something out of a horror movie, the ground suddenly opens and swallows people, buildings or vehicles. Sinkholes can develop anywhere water can get into the ground. However, they are more common for certain geological formations, after heavy rains, or where there are old mines or similar human activity.

Due to the Karst topography and wet weather, Florida is especially prone to sinkholes. In February of this year, Jeff Bush died in the safety of his own home when a sinkhole opened beneath his Florida bedroom. He was a relatively young husband and father. His body was never recovered. In 2004, Deltona, Florida endured three hurricanes. That December, as a result of the earlier storms, one of the largest Florida sinkholes in decades appeared. 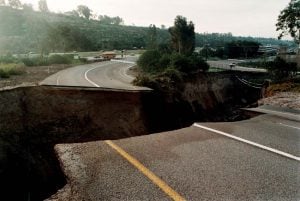 In 1995, a sinkhole appeared in San Francisco under conditions which can occur anywhere. A combination of reconstruction of old sewer lines plus a heavy rainstorm led to sudden, unexpected catastrophe in the form of a large sinkhole. It swallowed a mansion and damaged other upscale homes.

Whether you are trying to file a life insurance claim without a body or recover damages for a house that has literally disappeared, you want a public adjuster on your side. With sinkholes claims, you are likely reeling from shock, the dollar value involved is likely high and the proof of loss is likely to be challenging. Any one of these is a good reason to call a public adjuster. With all three together, nothing else makes sense.