Can You Claim Damage from Lightning Strikes? Lightning Damage 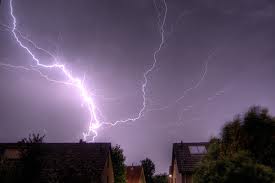 It is common knowledge that you need special insurance from the federal government to claim flood damage, so you might assume that other “acts of god,” like lightning strikes, are also not covered by standard property insurance. However, in point of fact, most policies do cover lightning damage. It’s a good thing they do: Somewhat surprisingly, in 2008 there were nearly a quarter of a million property damage claims due to lightning strikes. They totaled over a billion dollars in damages.

If you do the math, even after depreciation and deductibles, lightning damage claims were settled for an average of over $4000 each that year. Lightning can fry expensive electronics, damage home wiring, and even start fires. The damage can be extensive and not immediately apparent.

Let’s say you are a homeowner in Florida and your house is struck by lightning. You have never dealt with lightning damage before, so you only list your fried electrical circuits, missing the fact that electronics were also damaged. By the time you realize your oversight, too much time has passed, making it difficult or impossible to amend the claim and get reimbursed for those damages.

Had you hired a public adjuster instead, the full extent of the damage would have been assessed and claimed from the outset. Experience with lightning damage combined with experience filing claims pays off. Public adjusters have a track record of getting larger pay outs on claims, in some cases several times as much as the claimant filing alone.